The first and shorter part is a prelude that nevertheless has a figuration, consitency and difficulty (once it gets going) of an etude.

The second section - a grand fugue in F-minor - follows. A repeated-note subject in three-quarter time is pursued by a counter-subject in 4/4 time. Throughout the piece, the juxtaposition and combination of these two opposing rhythms remain a contrapuntal constant. A contrasting, more lyrical, theme appears in A-flat major is spun out, leading to an elaborate development of the fugue subject in remote keys. The interplay of warring rhythms, begun earlier, climaxes with the augmentation of the main theme against diminution of its accompanying motives. In the midst of this frenetic activity, the second theme reappears - now embellished with glistening sixteenth notes. At length, all activity slows, then stops. The coda begins like an octave etude and comes to an ecstatic peak. There is a brief reminiscence of the work's opening, and then a final virtuosic descent from the top of the keyboard to the bottom. A crashing cacophony of F-minor vs F-major ends the pice, with F-major ultimately victorious.

In recent years, I have enjoyed celebrating aspects of gay life in my music, mostly by making musical settings of gay poetry that I love. S/M Ballade has no words, but its rigor, its rugged insistence and its almost painful pianistic difficulties bring to mind the intensity of the S/M experience. As well, the title alludes to my friends Marc Peloquin ("M") and his life partner, Seth Slade ("S"). Marc commissioned - and inspired - the piece, which I dedicate to him with deep affection and admiration. 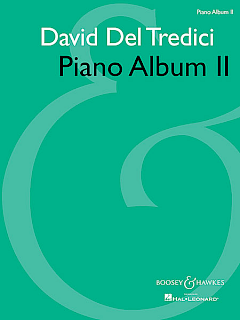