for baritone, soprano, and piano

I don't think I'm alone, when I say that sex has long been a part of my life. Coming to sexuality as late as I did (age 22), I can clearly remember the pain of my non-sexual existence. So it is, that at the relatively late age of 65, I choose in this song cycle to celebrate sex — raw, rough, and risquè. These are not songs of love, longing, or languorous lassitude. Such emotions are already well documented in the art-song literature. My Favorite Penis Poems sings of the unspeakable, or at least the heretofore unsung. Central to all the poems is, of course, the rise and fall of His Majesty, the Penis.

Most of the poetry has been written by recognized master-poets, one of whom is "straight" and the others gay. Let me comment briefly on each of the six songs: the final poem, "Please Master," is truly shocking — a detailed reenactment of an S/M scene — and is the cycle's only duet. Two of the preceding poems are funny, bawdy and very gay (70's style) — Edward Field's "Street Instructions: At the Crotch" and Alfred Corn's "Hot to Trot." Appropriately enough, I've subtitled the Corn setting, "Fantasy on theme's of Strauss' [steamy] opera, Der Rosenkavalier." In "The Importance of Gourd-Crafting," the 12th-century mystic poet Rumi has written a Grand Guignol morality tale full of blood, bestiality and penile-fixated women — as only a 12th-century mystic could! Marilyn Kallet's "Die Forelle" takes a contemporary look at the heterosexual-female-voyeur sensibility, though here one might more appropriately speak of her protagonist's "trout fixation." And finally, there is the cycle's opening poem, Antler's "Now You Know" — a whimsical leap into a prenatal, what-if world, where baby boners go "from limp to hard a thousand times" and penises, as well as vaginas, can give birth to "the little baby-to-be-that-is-you."

Prick up your ears, now, as the music swell! Hopefully, this is not poppycock and will not be too hard — on your virgin sensibilities.

David Del Tredici offered a song with words, "Now You Know," though they could scarcely by made out in Tom Cipullo's performance in pseudo-operatic style over Mr. Del Tredici's enthusiastic piano-playing. Such anonymity would seem to defeat the purpose of this excerpt from "a pornographic song cycle," in Mr. Del Tredici's words. The text, by a poet names simply Antler, announces the results of "new studies," that "male babies get erections in the womb on the average of five times a day," and lets imagine the roam. 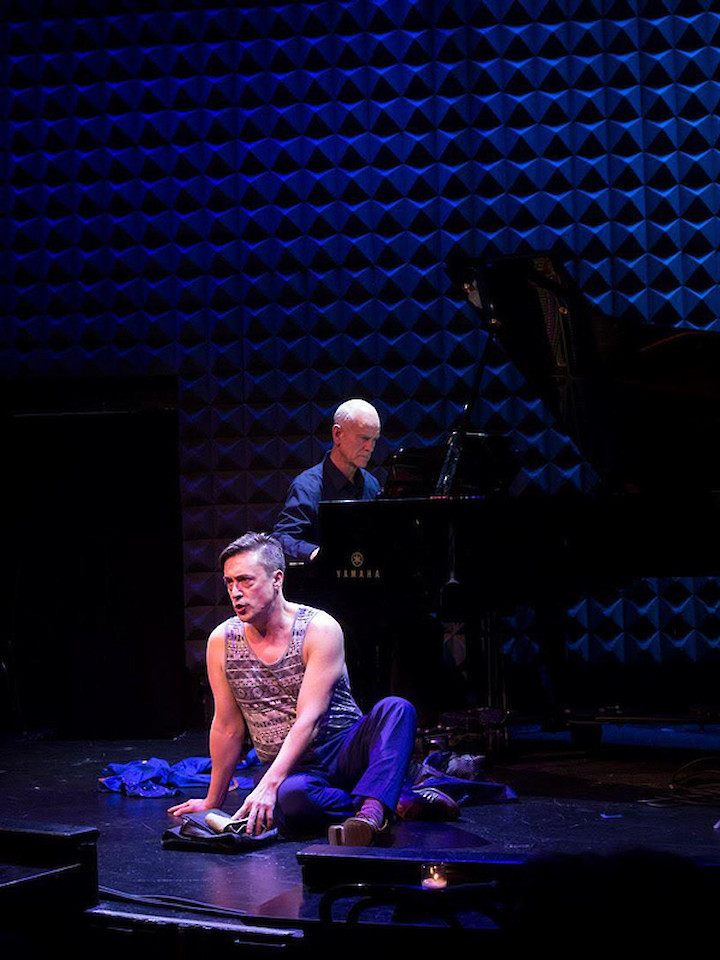